Two from Zacatecan, in the National Science Competition – News 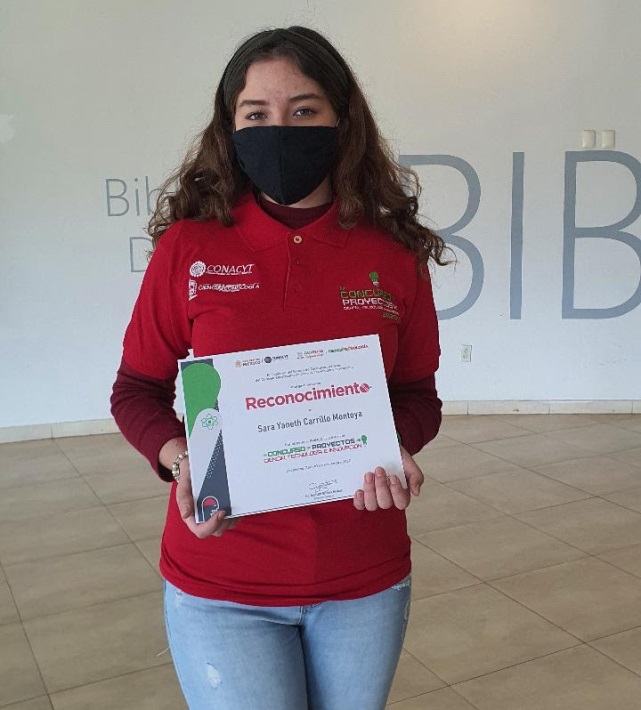 It is the ATHENA of Conacyt, where young people attend with sustainable education and culture projects

The National Council of Science and Technology (CONACET) has confirmed Zacatecas’ participation in the National Athens and Latin America Exposition of Humanities, Science and Engineering 2021, which will be represented by Sarah Yannith Carilo Montoya and Juan Antonio Gonzalez del Rio.

This will be the sixth time that the entity has participated in the national exhibition, Umar Cardenas Contreras, the Roving Science Coordinator of the Publication and Disclosure Directorate of the Zacatecan Council for Science, Technology and Innovation (Cozcyt) informed the coordinator of the science roving when the news was released. Public acceptance of Zacatecan projects.

Sara and Juan Antonio were awarded ATHENA entry pass by winning first and second places, respectively, in the Science, Technology and Innovation Project Competition 2020, organized by Cozcyt in November, which aims to promote scientific careers among Zacatecan youth and technologists.

The state official is confident that the results of 2021, in Chiapas, will be as good or better than last year, when Zacatecas was brought in, from the National Science and Engineering Fair (Fenaci), second and honorary place. Refer.

He said a student from Colegio de Bachilleres de Zacatecas (Cobaez), Valparaíso campus, will represent the entity with the Learn Blue project. Towards a comprehensive, high-quality education for children with autism spectrum disorder in Mexico, advised by teacher José Alfredo Sanchez Goetia.

Meanwhile, CECyT student 18 Zacatecas, from the National Polytechnic Institute (IPN), will struggle with his proposal for a smart system to foster a sustainable culture, under the guidance of teacher Jesus Victor Manuel Syed Medina.

Omar Cardenas indicated that the national and local competitions aim to bring young people closer to scientific and technological knowledge, and then they compete in six areas: Earth and Environmental Sciences; Humanities and social sciences; Medicine and health sciences; Engineering, Energy and Basic Sciences.