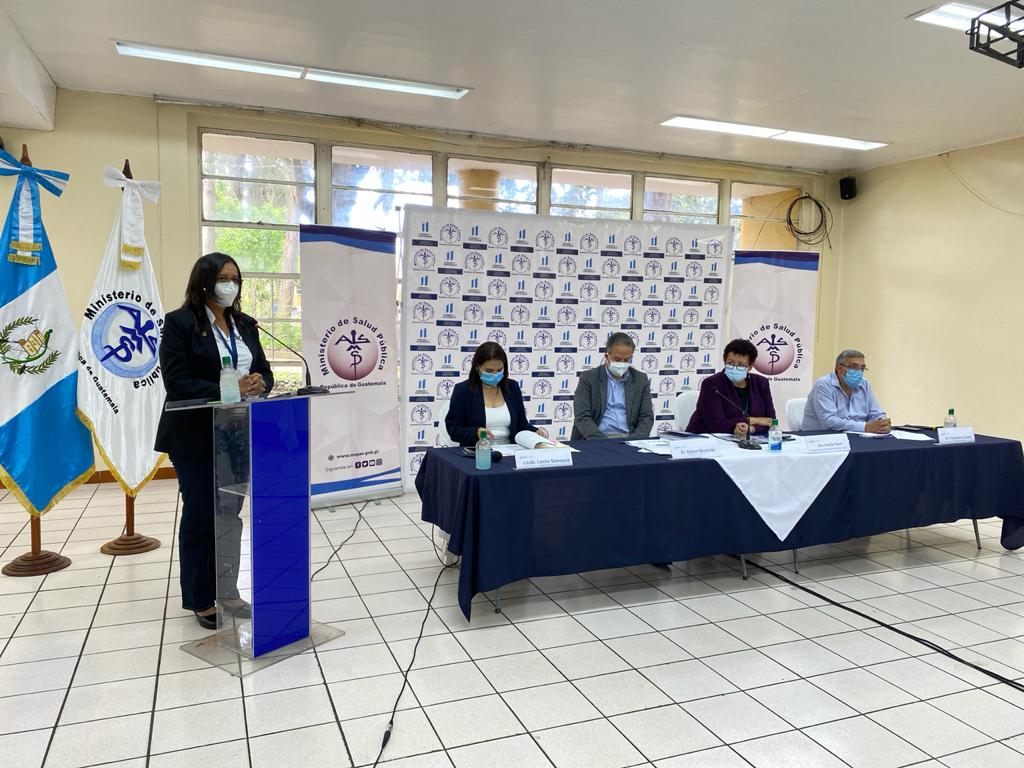 This afternoon, the Ministry of Public Health and Social Assistance (MSPAS) introduced new measures to contain and prevent the increase in Covid-19 cases in the country, drawn from the discovery of variants of Sars-Cov-2 Alpha, Gamma and Beta.

Virginia Herzing, coordinator of the risk management unit, indicated that a new ministerial agreement containing the mandatory clauses will be published.

“For all sectors and activities envisaged in Ministerial Agreement 234-2020, measures have been put in place to limit capacity and schedule, therefore, we are considering suspending this Ministerial Agreement, which will govern under the new agreement that we are about to publish,” Herzing said.

The capacity of municipal and cantonal markets, supermarkets and department stores in neighborhoods that are on red alert will be 25% with a schedule until 7:00 pm. This provision also applies to shopping centers and the like.

In addition, he explained that these should be attended in public transportation, markets, shopping malls, supermarkets, public areas, national parks, sports, bars, nightclubs and religious temples.

This is how the new capacity constraints and schedule will be:

Public transport, urban groups and beyond, as well as tourist transport that so far have a license to circulate, must use only 50% of the capacity. This applies to the red, orange and yellow health alert levels.

Municipal, cantonal, satellite markets, supermarkets, convenience stores and neighboring stores located in the municipalities with a red health alert will have a capacity of 25% of the permitted occupation, to be able to carry out their activities until 7:00 pm.

Those in the municipalities with the orange and yellow health alert will have a capacity of 50% of their occupation, and be able to carry out activities until 8:00 pm.

On the other hand, shopping centers, shopping centers and the like located in municipalities with red health alert will be allowed to have a capacity of 25% of their occupation, being able to carry out their activities until 7:00 pm.

It was also stipulated that common areas such as stadiums and the entertainment area would remain closed. Food served in the Food Court may continue to serve only through the “removal” procedure at the times specified herein. Those in the municipalities with an orange and yellow health alert will be allowed to occupy 50% of their occupation, and wish to carry out their activities until 8:00 pm.

Public, municipal and sports parks located in municipalities will be allowed under red alert at 25% of their capacity, ensuring at least 4 square meters per person, and can remain open until 5:00 pm.

Residents of municipalities with orange and yellow alerts will have 50% capacity allowed to guarantee 4 square meters per person with hours until 6:00 pm.

In addition, the Ministry of Health indicated that bars and nightlife centers located in municipalities with a red alert will allow 25% of capacity, with groups of no more than a maximum of 5 people per table able to develop their activities. up to 19 hours.

Municipal cinemas and theaters with a red alert, the capacity will be 25% of their capacity, and online ticket sales, without lines at the box office, have been established to be able to carry out their activities until 7:00 pm.

Bars and nightlife centers in Red Alert municipalities will have a capacity of 25% with groups of 5 people per table.

In the case of the orange alert, the capacity of 25% of their capacity and the development of their activities are allowed until 8:00 pm, while in the yellow alert the permissible capacity will be 50% and they will be able to provide their services until 9:00 pm.

Religious temples are also within the measures dictated by the health bag, where temples in municipalities on red alert are allowed at 25% capacity until 7:00 pm, while those on orange alert may open until 8:00 pm. At the same capacity, only those who are yellow alert may have 50% capacity and do activities until 9:00 PM

These restrictions respond to variants of the virus in Guatemala, which the World Health Organization considers to be of concern because it has been shown to be the cause of a greater proportion of cases or a particular outbreak, evidence of impact on prognosis, vaccine treatments, shows greater transmissibility and finally shows greater disease severity according to MSPAS.

There is no set date for entry into force

On the date on which the measures and publication of the new agreement will enter into force, Saloud did not mention, despite the insistence of journalists to clarify the matter.