Questions that bothered the Minister of Defense 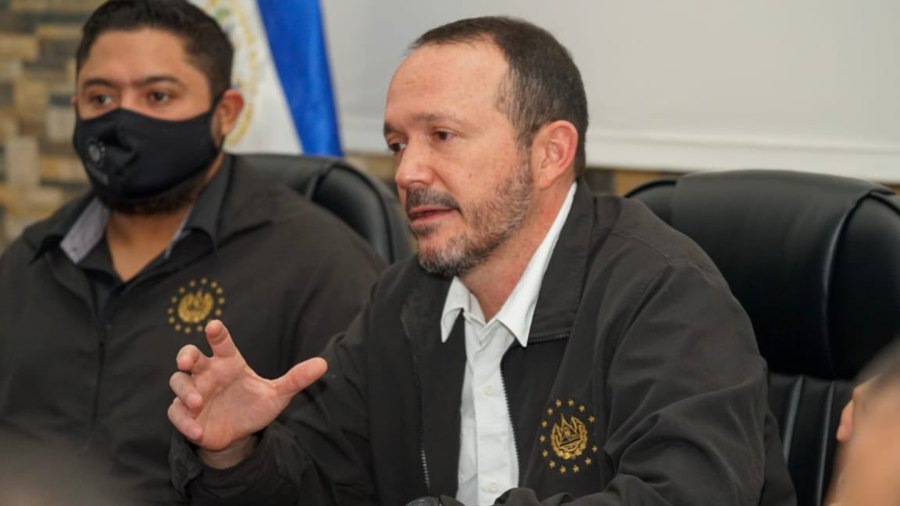 The new defense minister, Gustavo Villadoro, had at least three embarrassing moments when two journalists asked him three questions about his decision as an overseer of the financial institution over money laundering, his past as a government official in Sakka and whether there was a relationship. With Herbert Saga.

1. His past has been linked to saga management
Elias Antonio Saga to the question of how he will respond to citizens who express their distrust in view of his relationship with the government and the fact that the former president is imprisoned today for corruption. “What confidence are you going to build in the population?” The journalist of a television news broadcast concluded.

“Your question is somewhat speculative,” Villadoro replied, arguing that there was freedom of expression and that anyone could express anything as long as there was no limit to a crime, but it was “I can guarantee that I would have existed if I had worked or if I had, but it’s always a better The proof that it was from a technical point of view is that here I am, I am not nine (in Marion Prison).

See: Villadoro does not clarify how he will deal with the missing, but says he will standardize the figures

Mariana, Saga and her former officers are serving their sentences for corruption offenses in nine sections of the so-called La Esperanza prison.

2. Your memo and money laundering
When asked by a journalist why, when he was an overseer of the financial system, he issued a note in which he ordered banks not to close the accounts of persons involved in money laundering, which would help combat the crime.

Villadoro said the issue was “mishandled” and that “it was never intended to encourage money laundering, but we are clear on how to make laws and act effectively to reduce that money flowing as a result of illegal activities.”

As supervisor, Villadoro signed an agreement instructing financial institutions to close accounts or prevent them from being opened to suspects or investigators for money laundering or terrorism-related crimes, but they were not punished.

Speaking to El Diario de Hoy at the time, Villadoro said the purpose of the new agency was to be able to track down these people under investigation.

Yesterday, he said: “Banks have never told anyone to open an account for a photo you put up or want to put on the front page. We know how to reduce cash flow to finance illegal activities. ”

3. Do you have a relationship with Herbert Saga?

The journalist asked him if he had a relationship with Herbert Saga, who is considered a political operator, he was in the shadows, and Elias was in contact with the governments of Antonio Saga and Mauricio Funes.
“I would have come to Hector Silva and asked him a question,” the minister told La Brenza Graphica.
The journalist replied: “I do not know him.”
“Ah, no, that’s fine,” Villadoro replied with a smile.
He continued: “The work is always technical. I know there are a lot of ghost sellers, but they will realize that we’re going to give up our experience and motivation to bring justice and security. To the country.”
But then he paradoxically said: “The parties always want to take him to the mud; They did not put me here to discuss what Hector Silva or anyone else thinks of me… I always do things to sleep peacefully ”.