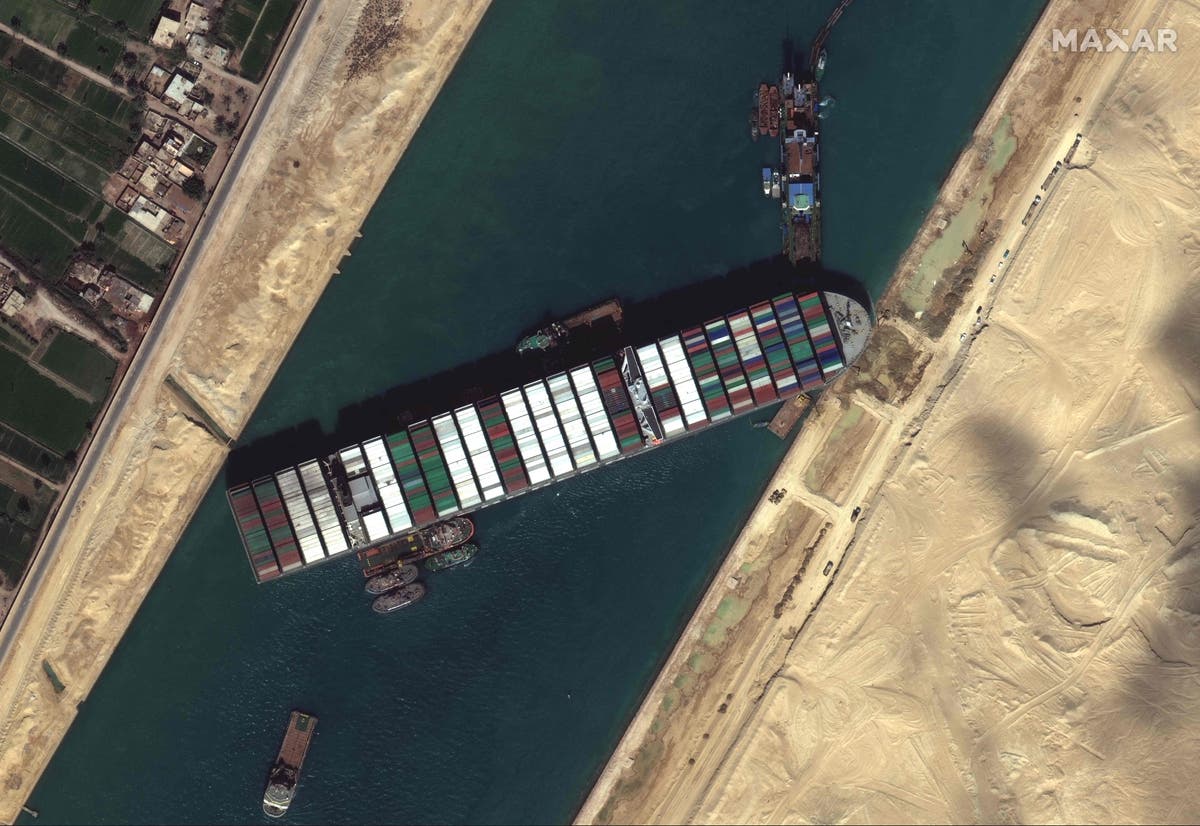 A giant container ship was still stuck in the Suez Canal on Sunday after authorities tried and failed to take advantage of the high tide to free the ship and reopen the vital waterway.

Two attempts to free Ever Given on Saturday failed despite hopes that rising water levels could give a boost to the effort as more than 300 ships waited to use the canal.

Two additional boats race towards the ill-fated ship to aid efforts to free the huge ship, which has been stuck through the vital waterway since Tuesday.

The locomotives would propel the 400-meter-long container as the dredgers continue to empty sand underneath and clump up the mud to their side.

More than 320 ships wait to travel the waterway, either to the Mediterranean or the Red Sea. Dozens of others still register their destination as the canal, although shippers are increasingly avoiding traffic.

Two more boats are on the way

Two additional boats speed to Ever Given on Sunday to assist in the effort to free the massive container ship that had been anchored through the vital waterway for several days.

Satellite data from MarineTraffic.com showed the Alp Guard flying the Dutch flag and Carlo Magno, who raises the Italian flag, were called in to assist the tugboats already in place, and arrived at the Red Sea near the city of Suez early on Sunday.

The ship’s management company, Bernard Schulte (BSM), said 11 tugboats were operating all day on Saturday alongside ongoing dredging operations, which continue to remove sand and mud from around the port side of the ship’s bow.

In a press conference, the Suez Canal Authority said 14 tugboats – three times higher than the BSM number – were working to free the ship yesterday.

There were 327 vessels raised on either side of the Everglades as of Sunday morning.

Of these, 134 are located near Port Said at the northern end of the canal, at the mouth of the Mediterranean Sea.

42 of them wait at Great Bitter Lake, about two-thirds of the way along the southbound waterway to Suez.

And 151 are waiting at the southern end near the port of Suez.

Attempts to float the ship failed despite the high tide

Two attempts to free Ever Given on Saturday night failed despite hopes the rising tide would bolster the effort.

Bernhard Schulte Shipmanagement, the ship’s management, said about a dozen tug boats operated on Saturday in tandem with dredging operations that were removing sand and mud from around the left side of the bow.

But despite the favorable conditions, they did not succeed.

Good morning and welcome The IndependentRenewed coverage of the Suez Canal crisis.