There will be space for all mayors. 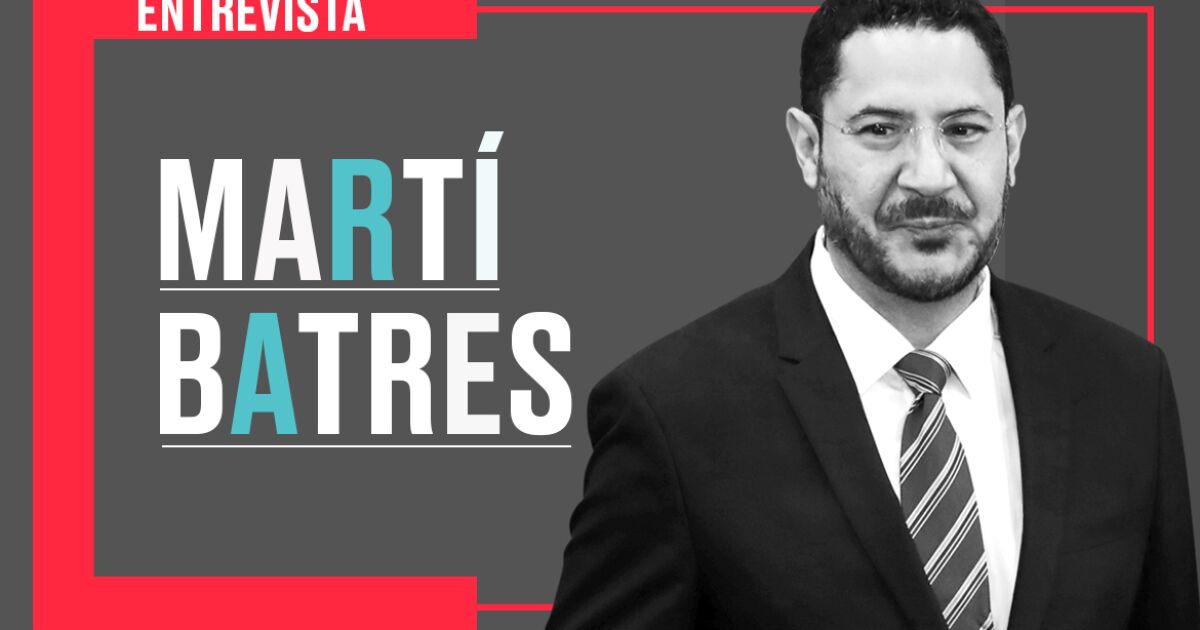 Your arrival to the government minister promoting to the head of government, what failed?
This is due, above all, to the natural adjustments made in the second half of the departments. All governments, when intermediate elections have passed, make adjustments; Both federal, local, state and Mexico City governments. Here – for example – José Agustin Ortiz Benchetti was the secretary of the government of Lopez Obrador and then Alejandro Encinas, and the heads of government made adjustments in that region or in other regions in the second half of their government. What I have as a mission is to help promote the realization of the entire plan that Prime Minister Claudia Sheinbaum has been bringing in from the start, and the set of transformations that have been implemented here.

Your profile is 100% political and your position is 100% political, what is the message from your arrival?
It is the most political position within the government, now within the secretariats, after the head of government … This is one of the tasks: dialogue with the opposition, with mayors, with Congress, with parliamentary blocs. Let us say, this is a task, and another task has to do with dialogue with other political, economic, and social actors, beyond institutional movements, businessmen, etcetera; Another task is to be fundamental in the forms of participation of citizens in public affairs; Another line of action is the rapprochement between government and citizens. Let’s say, basically, these lines are my missions with the aim of having a governance based on democracy and liberties.

See also  A space for the memory of the deported

After the elections, negotiations began with the winning mayors. They set a period from August 1 to 31 for working groups; From September 1, transition. Are the tables finished yet? What will change on September 1 and what will happen on October 1?
There is a political phase that we have already started in August. I’ve been meeting with many mayors. For example, with Rubalcava from PRI, who is from Cuajimalpa; with Tabi de Miguel Hidalgo, who is from PAN; with Sandra Cuevas, of Cuauhtemoc; With Quijano, who is from PRI, from Contreras. With each topic I had different topics in outreach meetings. We are open to meetings. We have invited all mayors who want to speak. We will continue to do so for three years. Now, on the other hand, we organize these stages, which is why I said, in August, a suitable political stage. We are encouraged by this. From those first meetings I had, I looked for outgoing mayors who would hand over government to different political forces to ask them to find the best relationship with elected mayors or mayors.

Has it been achieved?
Yes, for example in Azcapotzalco, the elected mayor has an office even in Azcapotzalco, and she herself announced to the press that talks with Vidal, the outgoing mayor, were going well. In Miguel Hidalgo, a table was installed, and Mauricio Tapi himself uploaded a picture, announcing that this table had been installed. In Contreras, they did not have much at ease, but for some time we spoke with the elected mayor and the mayor and they had already met twice, exchanged views, and managed to hold this important meeting. In Cuauhtemoc, outgoing Mayor Nestor and mayor-elect Sandra Cuevas made joint tours through the facilities and through various problematic points, things are going there.

How will the handover process be with the mayors?
From September 1, there will be meetings; The Head of Government, together, will receive each of the sixteen elected mayors. Everyone will be given space to raise their issues. We will receive them together, as announced by the Prime Minister, and each of them will present his proposals. This coincides with the fact that transitional tables will be installed in every municipality. These transition schedules already refer not only to a political meeting, not only an exchange of views, needs, and general proposals, but also to the communication of information, but this is already preliminary and can be done on the basis that the elected mayors already have the legal certainty that they have gone through the challenges that they It was presented in court. Here we rely on what the law indicates, that is, there may be court decisions affecting those who have proof of a majority up to 30 days before they take office. This means that until the 1st of September there is still some kind of change … as linguists say: “This is not very likely, but possible”; So we have an obligation to go stage by stage.

In September, it will be possible to install the transition schedules, which is a prelude to the last step, starting from October 1, the reception of delivery. I had to make a general clarification, because there was a document from the opposition mayors who asked to put pressure on the times of delivery and reception and it is important to make a legal clarification, that there is a law of delivery and receipt where it is stated that the delivery – reception begins on the day the new employee takes office, ie 1 October. Therefore, the receipt of delivery cannot be expedited, it is from 1 to 15 October. Until October 1, there is no delivery or reception, it is a very formal process, involving a sea of ​​folders, signatures and the process of reviewing information that has its own characteristics.